“Patrick’s meticulous preparation and proactive approach to case study make him someone you would covet for representation; furthermore, he made himself readily available for questions and seemed to have a genuine interest in my concerns regarding the case.” – Client Review from Avvo

An experienced civil litigator, PJ concentrates his practice on complex commercial, construction, products liability, insurance coverage and business litigation. He often represents businesses and corporations in contractual and shareholder disputes and serves as outside counsel to a number of corporations and businesses. PJ is licensed to practice in Pennsylvania and New Jersey and has been admitted in the U.S. District Court for the Eastern District of Pennsylvania, the U.S. District Court for the District of New Jersey and the U.S. Court of Appeals for the Third Circuit. In addition, PJ regularly represents his clients in arbitration, mediation, and administrative proceedings.

Before joining MacElree Harvey, P.J. served as the judicial law clerk for the Honorable Mary Alice Brennan of the Delaware County Court of Common Pleas.  In addition, while pursuing his law degree at night, P.J. worked full time as a high school social studies teacher.

PJ received his J.D. from Widener University School of Law where he was a Merit Scholar and served on the Executive Board for the Widener Journal of Law, Economics, and Race as the Articles Editor. He also served on the Student Bar Association Executive Board and was a member of both the Trial Advocacy and Moot Court Honor Societies. In addition, P.J. traveled to Northern Ireland and Ireland to study law at both Queen’s University in Belfast and Independent College in Dublin. PJ is also magna cum laude graduate of West Chester University where he garnered numerous awards and accolades and played football for the West Chester University Golden Rams.

PJ lives in Chester County with his wife Meredith and their three sons. PJ is also a proud graduate of Interboro High School and when he is not working or spending time with his family, he enjoys fishing and golfing.

Mr. Gallo helped me with legal questions regarding a home title transfer. He was helpful and explained my options clearly. This, in turn, helped me make the best decision for my family and I. Once I made a decision, Mr. Gallo made the rest of the transfer process simple. He also kept me informed in every step of the process. I would consult Mr. Gallo in any other future legal matters without question.

It is a pleasure to write a review on the services MacElree Harvey provided, specifically Mr. Michael Louis and Mr. Patrick Gallo. While my situation would likely be considered a minor case, for me it was very concerning. After contacting Mr. Louis he immediately assisted with a time sensitive court document and addressed my concerns regarding financial liability. After the initial concern was addressed, Mr. Patrick Gallo worked diligently on negotiating a reasonable settlement and provided me with several options. Both Mr. Gallo and Mr. Louis were always available, provided detailed explanations, were extremely professional, and treated my case with the utmost importance. In addition, their rates were very fair as they went “above and beyond” to assist. Thank you both for all your help.

Patrick handled my litigation case. Wow, I cannot begin to tell you the work involved, he explained the process to me that I could understand, and was available to answer my questions whenever I needed it. I am very pleased with his knowledge and professionalism which resulted favorably for my case. 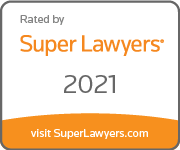 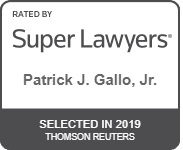 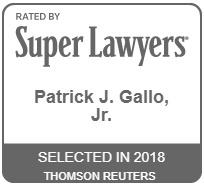 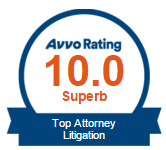 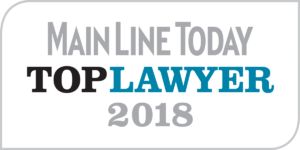