On January 12, 2015, Heather Oberdorf returned home from work, put a retractable leash on her dog, and took the dog for a walk.[1] Unexpectedly, the dog lunged, causing the D-ring on the collar to break and the leash to recoil back and hit Oberdorf’s face and eyeglasses.[2] As a result, Oberdorf is permanently blind in her left eye. Oberdorf bought the collar on Amazon.com.[3]

As a result of the accident, she sued Amazon, including claims for strict products liability and negligence.[4] According to section 402A of the Second Restatement of Torts, “[o]ne who sells any product in a defective condition unreasonably dangerous to the user or consumer or to his property is subject to liability for physical harm thereby caused to the ultimate user or consumer.”[5] The basis of strict products liability is the longstanding rule of the “special responsibility for the safety of the public undertaken by one who enters into the business of supplying human beings with products which may endanger the safety of their persons and property, and the forced reliance upon that undertaking on the part of those who purchase such goods.”[6]

“Section 402A specifically limits strict products liability to ‘sellers’ of products.”[7] Amazon asserted that it is not a “seller” within the confines of Section 402A “because it merely provides an online marketplace for products sold by third-party vendors.”[8]

Originally, the District Court agreed, stating that under Pennsylvania law, Amazon was not liable for Oberdorf’s injuries because it is not a “seller”.[9] In its opinion, the District Court emphasized that a third-party vendor—rather than Amazon itself—listed the collar on Amazon’s online marketplace and shipped the collar directly to Oberdorf.[10]

On appeal, the United States Court of Appeals for the Third Circuit, in a 2-1 panel decision, vacated the District Court’s ruling, stating that Amazon is a “seller” under Section 402A and thus strictly liable for consumer injuries caused by defective goods purchased on Amazon’s website.[11] According to the Court, Amazon’s involvement in transactions extends beyond a mere editorial function; it plays a large role in the actual sales process.[12]

As the Third Circuit noted, under Pennsylvania law, four factors should be considered when determining whether an actor is a “seller” under Section 402A:

(1) Whether the actor is the ‘only member of the marketing chain available to the injured plaintiff for redress’; (2) Whether ‘imposition of strict liability upon the [actor] serves as an incentive to safety’; (3) Whether the actor is ‘in a better position than the consumer to prevent the circulation of defective products’; and (4) Whether ‘[t]he [actor] can distribute the cost of compensating for injuries resulting from defects by charging for it in his business, i.e., by adjustment of the rental terms.’[13]

The Third Circuit ultimately concluded that each factor weighed in favor of imposing strict liability on Amazon.[14]

Senior Judge Jane Richards Roth, who wrote the majority opinion, pronounced that Amazon is a “seller”, “even though the products are sourced and shipped by third-party vendors . . . Amazon’s involvement in transactions extends beyond a mere editorial function; it plays a large role in the actual sales process.”[15] Amazon’s involvement includes “receiving customer shipping information, processing customer payments, relaying funds and information to third-party vendors, and collecting the fees it charges for providing these services.”[16]

Now, Amazon has asked for the Third Circuit Court of Appeals to reexamine their decision, en banc,[17] (a session where the entire membership of the court will participate in the decision rather than the regular quorum[18]) requesting a fresh look at the case.

Amazon contends that the Third Circuit’s decision could have wide-ranging implications for online retailers in Pennsylvania.[19] In their motion, Amazon claimed that “the majority’s new rule was not grounded on clear and unmistakable precedent from any Pennsylvania court. Rather, the majority relied on a host of policy considerations—acting, in effect, as a super-legislature.”[20]

In its request for further review by an expanded panel, Amazon noted that other courts, including the Fourth Circuit, the Northern District of California and the Southern District of New York, have determined Amazon was not a “seller” for strict liability purposes.[21]

For now, at least, Amazon can be held strictly liable in Pennsylvania because, according to the Third Circuit, their role in the retail process amounts to being in the business of selling or marketing merchandise, rather than simply performing a tangential role. 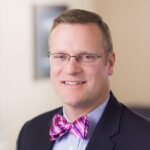 Tim Rayne is a Personal Injury Lawyer with the Pennsylvania law firm MacElree Harvey.  Tim has law offices in Kennett Square and West Chester Pennsylvania.  For over 25 years, Tim has been helping injured victims of accidents receive fair compensation from insurance companies.

For a free consultation, contact Tim Rayne at (610) 840-0124 or [email protected] regarding your injury claim.

« Subject Matter Jurisdiction: What is it and Why is it Relevant in a Divorce Case?
6 MacElree Harvey Attorneys Named to The Best Lawyers in America© 2020 »