One of the first questions clients ask me when considering divorce is, “do we need to file for legal separation?”  In Pennsylvania, there is no such thing as a “legal separation”. However, it is important to determine a couple’s actual separation date for a variety of reasons. For example, the date of separation is important to properly identify and value assets which are owned jointly or individually by the couple.

In Pennsylvania, when a couple separates it does not have to be a physical separation. In fact, spouses can be separated while still living in the same house, possibly even in the same bedroom. The key factor to consider is when did the spouses stop behaving like a married couple. In all cases, if one party decides to file a divorce complaint that is the latest date that a court will consider the parties to have separated.

The single most important factor is to determine when a couple ceases to act as husband and wife. One spouse’s intent to dissolve the marital relationship must be clearly manifested and communicated to the other spouse before the spouses can begin to live “separate and apart”.  Therefore, separation can occur when one spouse leaves the marital residence with no intention of returning or when one spouse clearly communicates to the other their intention to end the marriage.

Some factors that the courts have historically considered when determining the parties’ “legal separation” and divorce intent have been:

However, it is unlikely that any one of these factors on its own would be sufficient to determine the date of separation. Instead, it is most important to look at the overall relationship and interaction between the spouses to determine when they separated under Pennsylvania law.

Although there is no such thing as a legal separation in the Commonwealth of Pennsylvania, if you are considering separation or divorce, a wide variety of factors must be considered in order to determine your separation date. Failure to do so could result in significant financial and other repercussions that may be surprising in the event a divorce action eventually ensues. 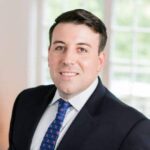 Adam H. Tanker is an attorney with the law firm of MacElree Harvey, Ltd. in the Doylestown office. Adam focuses his practice on all aspects of family law matters including alimony/spousal support, divorce, equitable distribution, marital agreements, child support and child custody. Contact Adam at (215) 309-4021 or [email protected].