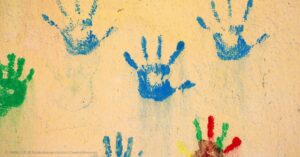 In a recent court decision, Pennsylvania joined many other states in recognizing the presumption of paternity in a same-sex marriage situation.

The presumption of paternity presumes, that if a woman gives birth during her marriage, her spouse is the other parent of the child. Historically, this presumption has been one of the stronger presumptions under the law.

The Pennsylvania Superior Court answered this question recently in the case of In Re A.M.   While procedurally In Re AM was a dependency case, the Superior Court did address the broader issue of whether the presumption of paternity applies to same-sex marriages. The court concluded that, since same sex-marriages are legal in Pennsylvania, same-sex couples must be afforded the same rights and protections as opposite-sex couples. Therefore, the presumption of paternity is equally applicable to same-sex marriages is as it is to opposite-sex marriages.

The legalization of same-sex marriages has raised many legal issues involving family law, estates and trust law, as well as many other areas.  At MacElree Harvey, we have many attorneys knowledgeable and ready to help answer your questions in this important emerging area of the law.

Like the families we serve, matters of family law come in all shapes and sizes—and our Pennsylvania and Delaware Family Law attorneys are equipped to manage and resolve a variety of legal issues. Our attorneys cover all aspects of family law, from drafting prenuptial agreements before parties marry to negotiating divorce settlements when a marriage ends, as well as helping parents resolve child custody disputes. Learn more about our family law practice.