The Pennsylvania Tax Benefit Rule Compared to the Federal Rule

By Joseph A. Bellinghieri, Esquire-

One of the questions I am often asked by clients is why does Pennsylvania impose tax on income in one year when I have had losses in the same investment for years which Pennsylvania has not allowed me to take.  The federal government does not do that.  Doesn’t the Pennsylvania tax benefit rule help me?

The tax benefit rule is a product of federal common law, created by federal courts in response to anomalies arising out of application of the annual accounting system for taxes contained in the Internal Revenue Code (“IRC”), and was eventually codified by Congress in Section 111 of the IRC. As the Pennsylvania Supreme Court summarized: In general, the rule applies when a deduction of some sort for a loss is taken by a taxpayer in one year, only to have the amount previously deducted recovered in a following tax year. Normally, the taxpayer would be responsible for including the recovered income on his personal income tax return for the year in which recovery occurred. The tax benefit rule states, however, that the recovery of the previously deducted loss is not includible to the extent that the earlier deduction did not reduce the amount of the tax owed in the year the initial deduction was taken. Put differently, the rule permits exclusion of the recovered item from income in a subsequent tax year so long as its initial use as a deduction did not provide a tax saving.

The Commonwealth Court of Pennsylvania has recognized that if the tax benefit rule could even arguably apply in some context in Pennsylvania, the unused deduction in the prior year would at least have to have been eligible to offset the subsequent year gain.  In other words, under Pennsylvania law, the deduction would have to be an allowable offset against the gain had both been booked in the same tax year.   Unlike federal tax law, which taxes income as a single class, Pennsylvania law recognizes eight separate classes of income subject to tax.  Furthermore, Pennsylvania Regulations expressly prohibit taxpayers from offsetting or netting, income and losses across classes.

In a series of cases discussing the only substantive tax benefit law case decided in Pennsylvania to date, the Supreme and Commonwealth Court of Pennsylvania determined that the tax benefit rule cannot be applied to exclude accrued but unpaid interest from the amount realized from sale or disposition of property at foreclosure.  In those cases, the Taxpayers invested in a limited partnership which owned a building worth $360 million in the city of Pittsburgh. The Partnership financed $308 million with a nonrecourse Purchase Money Mortgage Note secured only by the Property. Interest on the Note accrued on a monthly basis at a rate of 14.55%. The accrued but unpaid excess would be deferred and, thereafter, compounded on an annual basis subject to the same interest rate as the principal amount of the Note.

In 2008, the Pennsylvania Department of Revenue assessed Taxpayers for their pass-through share of the Partnership’s income realized from the foreclosure of the Property and the cancelation of debt. The class of taxable income at issue, in that case, was the “net gains or income from disposition of property” under Section 303(a)(3) of the tax code.

Overall, it is generally understood that “taxpayers seeking to avail themselves of the exclusionary aspect of the tax benefit rule must establish three requirements: First, there must be a loss that was deducted but did not result in a tax benefit. Second, there must be a later recovery on the loss. Third, and the one that most taxpayers fail is there must be a nexus between the loss and the recovery.  This means that the loss must be from the same class as the income that would otherwise have to be reported on the taxpayer’s tax return. 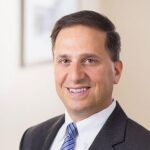 Joseph A. Bellinghieri represents individuals and businesses with a variety of estate, tax, real estate, and business issues.