Who’s Your Daddy? In Pennsylvania It Might Not Matter 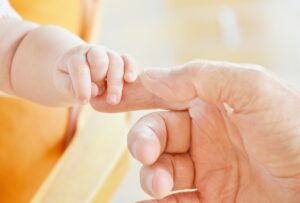 One of the most joyous times in a person’s life is often when their child is born. But, within a marriage, what happens if the husband is not actually the biological father of the child? In Pennsylvania, the law of presumptive paternity is applied.

Under the law of presumptive paternity (the “Presumption”), generally, a child conceived or born during the marriage is presumed to be the child of the marriage despite the possibility that a husband may not be the true biological father of the child. This Presumption is one of the strongest presumptions of the law of Pennsylvania. The Presumption applies where the underlying policy of the Presumption, i.e., to preserve marriages, would be advanced by its application.

Overall, Pennsylvania courts will apply the Presumption when there is a dispute about the identity of the child’s biological father, there would be harm to the husband and wife’s relationship, and the application of the Presumption would protect the child.

Although the Presumption can be implemented, Pennsylvania courts have not applied the presumption in every situation. If the evidence fails to support that the child’s parents remain in an intact marriage, then the Presumption will not be applied.

Facts that have led Pennsylvania courts to not apply the Presumption include, the wife having an affair while still being married; the wife leaving the marital home after learning that she was pregnant; the husband and wife separating; the husband and wife filing for divorce; and a third-party male, other than the husband, being listed as the father on the child’s birth certificate. Typically, more than one of these instances will need to be present before the court makes a determination.

In conclusion, in order to forward the public policy of preserving marriages, Pennsylvania courts may apply the presumption of paternity when appropriate, even if the DNA of the child would yield a different result.

Like the families we serve, matters of family law come in all shapes and sizes—and our Pennsylvania and Delaware Family Law attorneys are equipped to manage and resolve a variety of legal issues. Our attorneys cover all aspects of family law, from drafting prenuptial agreements before parties marry to negotiating divorce settlements when a marriage ends, as well as helping parents resolve child custody disputes. Learn more about our family law practice.