Landlords and Undocumented Tenants: An Overview 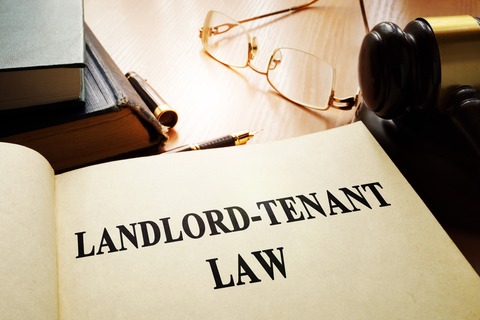 Undocumented immigration is often thought of in abstract, ideological terms. However, many American citizens and legal residents – and of course people who are undocumented – have to think about this issue more practically. One such group of people are landlords.

If you are a landlord, you may have questions or concerns about renting to undocumented tenants. Let’s address 3 of the most pressing.

Are you legally prohibited from renting to an undocumented person, simply based on their immigration status?

The short answer is no. The federal government has almost exclusive authority to address immigration, including undocumented immigration. Currently, there is no federal law which prevents or penalizes landlords from renting to undocumented persons. Additionally, there is no current Pennsylvania or Delaware law or municipal ordinance prohibiting such rentals – although at least one municipality has tried. In Lozano v. City of Hazleton, 724 F.3d 297 (3d Cir. 2013), the United States Court of Appeals for the Third Circuit addressed an ordinance enacted by the city of Hazleton, Pennsylvania that prohibited landlords from knowingly renting to undocumented persons; the ordinance also set forth fines for offending landlords. The Third Circuit struck down these provisions, holding that such restrictions by a municipality were preempted by federal laws such as the Immigration and Nationality Act.

Are there other legal implications of a prospective tenant’s undocumented status which you should consider?

Many landlords prefer to run a credit check, a criminal background check, and review eviction history reports before deciding to rent to someone. However, a person who is undocumented may not appear in any of these searches. What if you one day need to file suit against the tenant for unpaid rent? Collecting a judgment against an undocumented tenant could be difficult or impossible if, like many people who are undocumented, the tenant does not have a bank account or paychecks which can be garnished.

Are there any legal implications of rejecting an undocumented person who wishes to rent from you?

A landlord who makes rental decisions based on such generalizations could run afoul of federal and state housing laws. Both the federal Fair Housing Act (“FHA”) and the Pennsylvania Human Relations Act prohibit discrimination in housing based on race, color, national origin, religion, sex, familial status, and disability. Although the FHA does not specifically prohibit discrimination based on “citizenship status” or “immigration status,” denying housing to undocumented persons could constitute discrimination based on “national origin” where the discrimination is based on the tenant’s language or national origin in general, regardless of immigration status. The Department of Housing and Urban Development has clarified that undocumented persons do have the protection of the FHA where they are denied housing based on any of the listed classes. Similarly, the Pennsylvania Human Relations Act could be applicable where a landlord rejects an undocumented person as tenant based on their ethnicity or national origin rather than simply their immigration status.

The best way for landlords to approach this issue is to be consistent in their rental application process. By applying the same requisites to each applicant, a landlord can avoid renting to anyone – not just undocumented persons – who could be a risky bet as a tenant while also establishing a nondiscriminatory rental system. 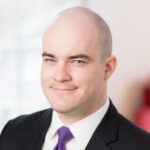 Matthew M. McKeon is an attorney in MacElree Harvey’s West Chester office and a member of the firm’s Land Use Practice Group. Matt focuses his practice primarily on land use, zoning, and litigation-related matters. To learn more about Matt’s practice or to schedule a consultation, call (610) 840-0225 or email [email protected].

« How Much Will My Divorce Cost?
How Custody Is Determined in Pennsylvania »