Waters of the United States: Oppressive Overstep or Duplicative Regulation?

Farming has never been easy. And, according to many advocates of agriculture, an administrative rule promulgated by the Environmental Protection Agency (EPA) and United States Army Corps of Engineers (“Army Corps”), just made it even harder. 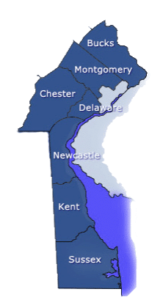 In 1972, the United States Congress enacted the Federal Water Pollution Control Act Amendments of 1972, commonly known as the Clean Water Act (the “Act”). This popular legislation was supported by Republicans and Democrats alike, passing in Senate, for instance, by an 86-0 margin.

The Act uses the term “navigable waters” when referring to the jurisdictional reach of many of its regulatory prohibitions, including a prohibition on discharging pollutants or fill materials. Accordingly, in order to determine whether the Act applies to a body of water, all one has to do is look to see what “navigable” means, right?

According to the Oxford University Press Dictionary, 5th. Edition, “navigable” means “[s]ufficiently deep and wide to provide passage for vessels.” So the Act only applies to lakes, rivers, seas, and streams, and any other body of water deep and wide enough for a boat, right?

The Supreme Court of the United States considered – and to a certain extent limited – the meaning of “Waters of the United States” in decisions issued in 2001 and 2007, but the question of how the EPA and the Army Corps would determine the Act’s reach in each case has been relatively uncertain.

Pursuant to their administrative rule-making powers, the EPA and Army Corps sought to define “Waters of the United States” by publishing a proposed definition on April 21, 2014. Opposition to the proposed rule was immediate and intense, and, by the time the public comment period closed on November 14, 2014 , EPA and the Department of the Army had received over one million public comments. The agencies issued responses to the public comments, and published the final rule on June 29, 2015. The final rule (the “Rule”) became effective on August 28, 2015 in the states (including Pennsylvania) not challenging it in the Federal Courts.

The Rule defines “Waters of the United States” in eight enumerated categories. The majority of the definitions are not particularly controversial; for instance, few would dispute that waters that are, were, or could be used in interstate commerce (Section 203.3(o)(1)(i)) are contemplated under the Act. The same could be said for interstate waters (including interstate wetlands), territorial seas, and impoundments. Less obvious, but only marginally controversial is the inclusion of tributaries (as defined in the Rule) of waters capable of being used in commerce, interstate waters, and territorial seas.

More controversial, however, is that the EPA and Army Corps have defined “waters of the Unites States” to include:

Few have been more steadfast in opposition to the Rule as lobbyists, PACs, and other groups advocating for agriculture.

While the EPA and Army Corps assert that the Rule will help to clarify the meaning, reach, and scope of the “Waters of the United States,” many in agriculture contend that the Rule leads to further uncertainty; more pointedly, many in agriculture are of the opinion that the Rule constitutes an unprecedented federal land grab. In fact, the American Farm Bureau (“AFB”) claims that the Rule grants EPA and the Army Corps “almost unlimited authority to regulate, at their discretion, any low spot where rainwater collects, including common farm ditches, ephemeral drainages, agricultural ponds, and isolated wetlands found in and near farms across the nation.” The AFB is telling its members that the Rule expands the EPA and Army Corps’ regulatory reach to 99% of land in Pennsylvania.

There is no doubt that the Rule expands the jurisdiction of EPA and the Army Corps. In fact, the agencies concede that the Rule increased their assertion of jurisdiction over approximately 3%-5% more waters in the United States, compared with “current field practice.” And certainly, the idea of federal intervention into local farming matters is concerning.

In states without meaningful clean water legislation at the state level, the Rule may very well have a dramatic regulatory impact on agriculture.

In Pennsylvania, however, the Rule is unlikely – in practice – to have the extensive deleterious effect on agriculture predicted by the groups who lobbied against its adoption. As an initial matter, prior converted cropland, puddles, and the overwhelming majority of ditches, irrigated areas, and erosional features are specifically excluded as “Waters of the United States,” under the Rule. In other words, the Rule, on its face, has no application to most surface waters.

Pennsylvania’s Clean Streams Law (35 P.S. §§ 691.1 et seq.,) first enacted in 1937 and amended eight times thereafter, does apply to surface waters. In fact, the Clean Streams Law defines “Waters of the Commonwealth” to include “any and all rivers, streams, creeks, rivulets, impoundments, ditches, water courses, storm sewers, lakes, dammed water, ponds, springs and all other bodies or channels of conveyance of surface and underground water, or parts thereof, whether natural or artificial, within or on the boundaries of this Commonwealth.” Accordingly, Pennsylvania has long regulated “Waters of the Commonwealth” to a degree more expansive than the Rule, and Pennsylvania farmers are, in large part, used to this regulation.

For many farmers, the concern lies with the uncertainty surrounding the interpretation and application of the Rule at the federal level. It is possible, of course, that the EPA and Army Corps may interpret and apply the Rule in a manner differently than the Pennsylvania State Department of Environmental Protection has interpreted and applied the regulations flowing from the Clean Streams Law. As the implementation of the Rule advances in the coming months and years, it is critical that impacted landowners understand not only the intricacies and interplay between the Clean Water Act and Clean Streams Law, but also the interplay and relationship among the state and federal agencies charged with enforcing the legislation.

It is your land, after all. 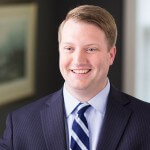 This article was written by J. Charles Gerbron, Jr., a member of the firm’s Land Use and Litigation Departments. He concentrates his practice primarily on real estate, land use, agricultural, and business litigation related matters. Contact Mr. Gerbron at [email protected] or 610-840-0265.