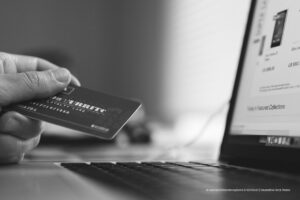 A recent sales tax decision from the Supreme Court in South Dakota v. Wayfair, Inc. will force businesses to reevaluate their interstate operations and systems.

On June 21, 2018, the Court held that states may impose a tax on purchases made from out-of-state sellers, even if such seller does not have a physical presence in the taxing state. The Court’s decision overruled its decades-old physical presence standard, citing it as “unsound and incorrect,” and recognizing that “states lose between $8 billion and $33 billion every year” through online purchases from out-of-state retailers.

States and Congress are now on the clock to react. States, after being neglected, are exploring how they can collect their shares of taxes. However, this does not mean that states can craft over-the-top laws to get their piece of the pie. Instead, expect to see states review their current laws and make appropriate changes while avoiding an imposition on interstate commerce. Similarly, Congress may take measures to modify or overrule the ruling in the future.

While champions of the Wayfair decision declare it a win for states and brick-and-mortar retail, its impact on cyber giants like Amazon will be limited while its effect on online retailers may be destructive.

The Amazons of the world are already subject to many state tax regimes by having physical operations spread throughout the country and have the administrative resources to handle the issues presented by Wayfair. Conversely, smaller companies with online presences are faced with new hardships in navigating the tax laws of more states with limited resources.

To schedule a consultation to discuss how your business can adjust to Wayfair please contact MacElree Harvey’s Business and Corporate Law practice group at (610) 436-0100.

« John McKenna Joins Chester County Community Foundation’s Board of Directors
What Documents Do I Need for My Divorce? »